It’s a good thing that I love road trips so much because I’ve put a fair number of miles on my trusty Subaru in the last nine months or so.  Seattle > southern California > Seattle > Utah > Seattle > and about to get on the road and return to the southwest again.  There is something about the open road that I have always found appealing, each day an unwritten book of possibilities and a visual feast for the eyes.  There is a freedom in it, and I enjoy the journey as much as the destination.

Near the end of my post-internship volunteer time at Best Friend Animal Sanctuary, I was contacted by a friend in the area about a two week pet sit toward the end of June.  I hadn’t originally planned to still be in southern Utah, but I also hadn’t planned not to be, such is my life these days.  Either way, I knew that I needed to make a trip back up to Seattle to take care of a few things, see some friends, and re-pack for summer, as I only had spring clothes with me, and the southwest in summer was going to require me to swap out my mobile wardrobe accordingly.  I mapped out a route that would give me time to see some friends and family along the way, making a big loop from southern Utah up to the northwest and back down again.

For my trip up to Seattle, I took a route that initially took me down to Arizona to visit the north rim of the Grand Canyon (previous post), and then back up north.  My route essentially was as follows: Grand Canyon, AZ → Salt Lake City, UT → Caldwell, ID → Bend, OR → Seattle, WA.

I visited a prior Airbnb host in Salt Lake City for another overnight stay in their backyard guest house and that was nice, and another Airbnb overnight stay just outside of Caldwell, Idaho in Nampa with some wonderful people in their lovely home.  And then I was off to Bend, Oregon to see a friend for a couple days before the long haul from there to Seattle, arriving in the Emerald City last Friday.  A week in Seattle gives me time to go to my storage unit, re-pack my bags, get my car serviced (new timing belt — fun!), pick up my mail, see a bunch of friends, enjoy the time on the water, and eat my weight in good food and coffee, because Seattle has some of the best food you can find.  I used to think this was a myth made up by Seattle food snobs, but after all my travel I can say that it’s not a myth.  We’re very spoiled here.

This Friday morning I begin the return trip to southern Utah, this one making a loop a bit further to the east, so my route will be: Seattle, WA → Spokane, WA → Bozeman, MT → Victor, ID (west side of Grand Tetons) → Salt Lake City, UT → Kanab, UT.

It’s been about 10 years since I have been in Montana and Wyoming, and I’m so looking forward to seeing that part of the country again on my way back to the southwest.  I had to make a couple of choices based on budget for the return trip, so I’m staying on the west side of the Tetons rather than right in Jackson Hole, and then in Salt Lake City versus Park City, as summer rates in both places put them outside of my target budget.

I’ll be in Kanab for at least a couple weeks, both pet sitting and doing some more volunteering, and trying not to burst into flames in the summer heat because it gets hhhoooootttttt there.  Mid-July I make a weekend trip to southern California to see friends, and am looking forward to getting my disco on, because Groove Is In The Heart, don’t you know.  And, as my Facebook friends will recall, I was just heartsick to have missed U2 when they were recently in Seattle, since they played essentially the perfect set list, and I’m still not over it.  I know I was meant to be at that show, but I was also meant to be at the animal sanctuary.  Well, they recently announced that they are adding some tour dates, so… I’m going to see them in San Diego in late September!  Followed by the Blue Angels that same weekend.  Epic.  WHEE!

Ok, I know what you’re thinking…

Alright Schatz, all this driving around and living out of a suitcase, staying with friends, and volunteering your time is great and all, but what’s the big picture here?  What’s next?  When do you plan to have an actual, tangible plan of some sort with a time line and all that?  Because you’re a former project manager, FFS, and we know damn well you have always had a plan.  So give.

Ah, friends.  I though that way for a long time, too.  And still do some days.  It’s been a process to surrender to not having to pretend to know the future all the time.  So yes, I am working on some plans, and hope to have some more interesting news in the coming weeks and months.  In the meantime, I enjoy every day.  As cliché as that sounds.  None of us know what the future will bring, yet most of us spend our time trying to control it.  I’m not wandering aimlessly and irresponsibly around the planet… I’m taking it all in, and working toward things, but also enjoying the journey along the way.  Because that’s all there is, people.  Today.  Yesterday is gone and tomorrow isn’t promised to anyone.  I know that I’m on the right path… I’m following the tracks, both at a micro and macro level, and this whole working-with-animals-and-nature thing that I always knew was my true calling is turning out to be exactly that.  This planet is pretty incredible, and when you clear the clutter of your life and really start to take it all in, it’s amazing. 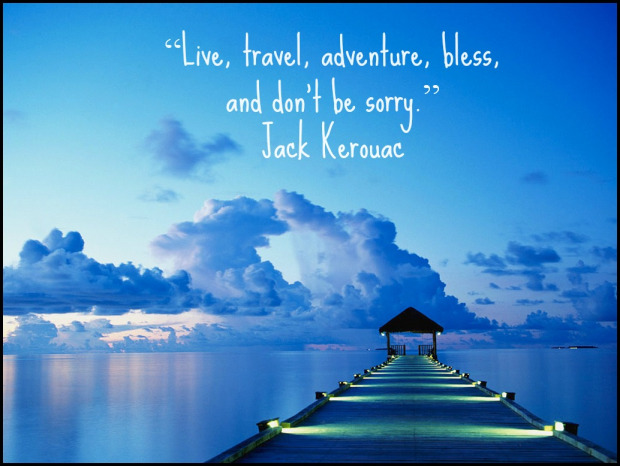 One thought on “On The Road Again”