The drive from Switzerland into France was beautiful, with more rolling hills of green and vineyards beginning to turn to gold as we got into the Burgundy region of France. We stayed one night in the town of Beaune, and similar to our short stay in Rothenburg, Germany, as well as our brief stop in Orvieto, Italy, I could have stayed longer — it was so lovely. Upon our arrival at our hotel, we met with the hotel owners in the inner courtyard, where we had a proper French welcome. They were lovely, and so happy to have us, saying that they have special reverence for Americans because of our history in their liberation during the war, as well as the recent event of several American soldiers stopping the shooter on a French train; she even had a magazine to show us with them on the cover, which was so touching.

We visited the Hotel Dieu medieval hospital, which operated for hundreds of years, and was fascinating to see. I walked out of the exit and right into a car show of sorts, with about two dozen cars, from Porsche to Lamborghini to Aston Martin and Mercedes, and one Lotus that was a site to see. Uh, yes, please — I’ll have one of each. I then made my way out to the vineyards just outside the town walls, and walked along the outside row, where I may or may not have sampled a grape or two (shhhh). There were vineyards on the hills as far as you could see, including vines growing up old stone walls surrounding them. The grapes begin their harvest in this area at the end of August, and now the grape leaves are changing from green to yellow, with the arrival of fall. So pretty.

We had a wine tasting of six wines in the cellar of our hotel, with a wonderful sommelier, which was really a special treat. She presented us with these ornate silver shallow cups to use for the tasting, which were our gift to keep after the tasting. After a lovely Bourgogne Blanc, followed by a progression of four red wines, we finished with a black current dessert wine. Such a special gift.

After dinner, several of us had dinner near the town center, where I had a croque monsieur, which I’ve had many times at French restaurants in the U.S., but it was particularly delicious to have one in France, and to order it in French. I took three years of French language classes in high school, but that was 4902482094 years ago, so I’m quite rusty. This is when I would love to be here with Simone or Jenn (bonjour mes amies!)

We just arrived in Paris, and are going to The Louvre this afternoon! 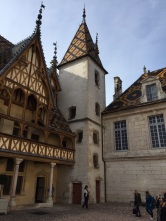 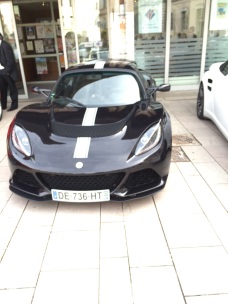 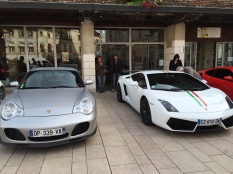 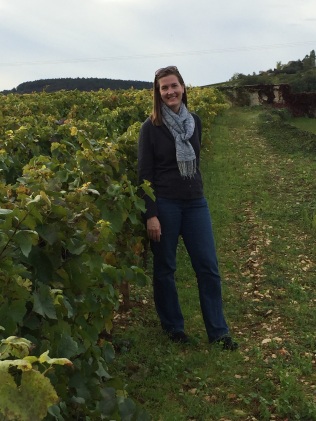 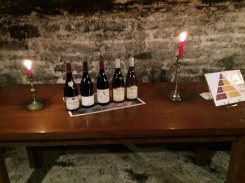 Wine tasting in the cellar

Wines at our tasting 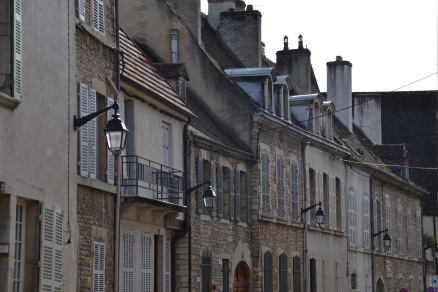 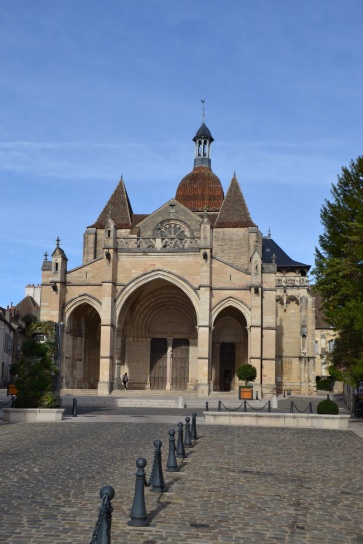 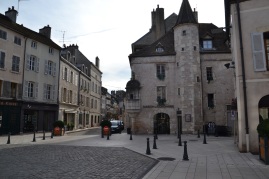 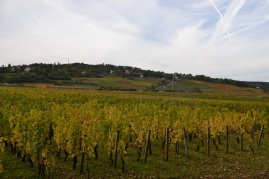 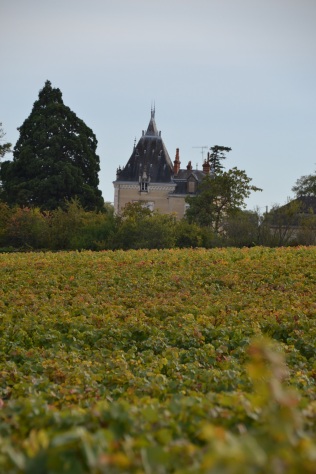 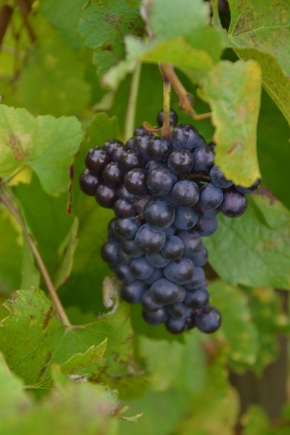 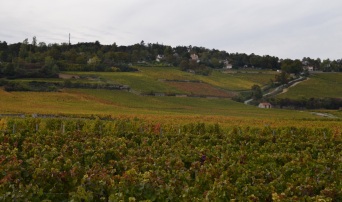 One thought on “Burgundy Wine Region”