I recently finished a book called Animal Madness, which was an interesting read about animal psychology and behavior, and so I was looking for another book to page through as I had time.  There is a small book swap stash at the volunteer house, and looking through the options I almost chose a novel about a foreign woman who falls in love with a Masai man, and then a book titled What Should I Do With My Life? caught my eye.  How apropos.  The author, Po Bronson, interviews about 900 different people from all walks of life, who have pondered this question and are at different places in the journey toward their answer, and he includes about 50 of those stories in the book.  It was so interesting in and of itself, and adding to that was the people that showed up in my life around the same time who were asking themselves the same question.  All of which goes back to the awakening that Martha Beck speaks about, a great burning as she calls it, that is creating a new consciousness.  People may not know the answer to the question, or even be aware of all the questions they have yet to ask, but they know they are yearning.  Uh… hello!

There are too many poignant moments in the book to list them all, but one excerpt in particular stood out to me, and that was the author saying not to expect any kind of epiphany — that almost nobody in any of the 900 people he spoke with had one, yet it was more of “… a slight notion or a slight urge that they slowly nurtured until it grew into a faint hope which barely stayed alive for years until it could mature into a vision.”  That struck me as both incredible and reassuring.  I had just been speaking with someone this exact thing, and how neither of us had had such an occurrence, and wondering if this was normal.  It was reassuring to read that it’s not only normal, it’s expected.  I love that.  It reminds us to be open, to pay attention to the subtleties of life, to learn to track the signs of what feels true and right for us, and what takes us away from that truth.  I needed to step out of my current life, change the scenery, and expand my experiences in order to create the mental space for all of this — I knew that I couldn’t do it without a drastic change.  Sometimes we know what isn’t right before we find what is, and that’s all part of the journey.

The last couple of weeks have been full of all sorts of activities and adventures.  The cubs continue to explore their environment, discovering new areas, and often stubbornly wanting to always return to their favorite place, the shores of the Masuwe River, where they stalk and wrestle each other in the long grass.  I’ve also gone on various game counts and other research activities, such as identifying elephants as part of their migration between Zimbabwe and Zambia, as well as going out on several attempts to catch and collar a hyena to no avail.  Turns out the hyena are quite smart and crafty.  One of the best aspects of the volunteer projects is that everyone gets a chance to experience activities on the other projects, bringing a holistic perspective of how it all fits together into an intricate tapestry. 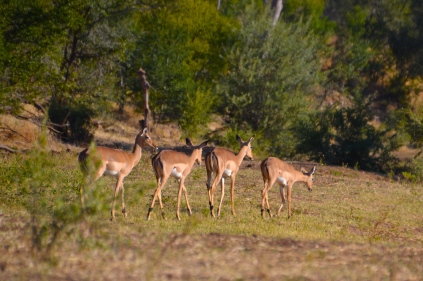 Hiding in the trees 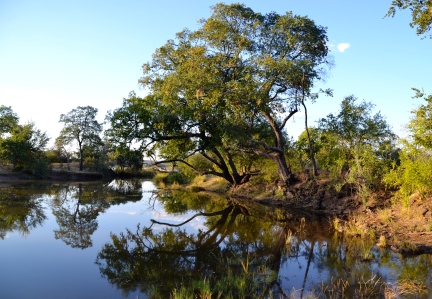 Coming through the bush

Zambezi river in the golden sun

River grass in the sun 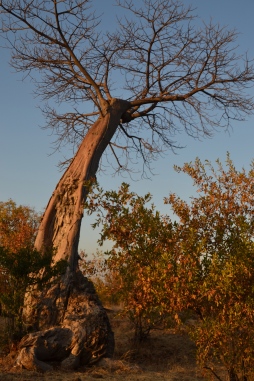 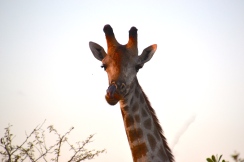 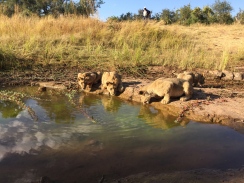 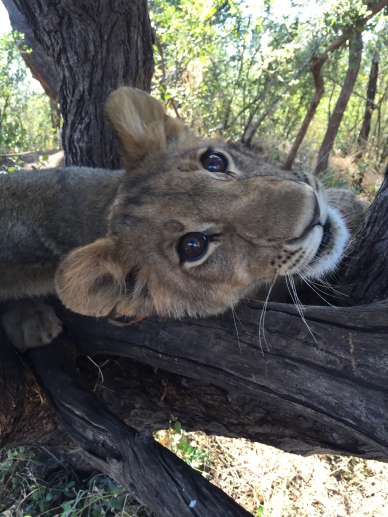 Lila playing in a tree

The start of the elephant crossing 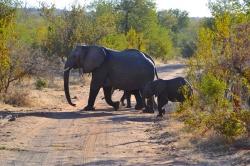 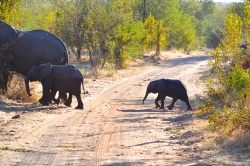 The littles coming along

Watching over the baby

Coming back from the river

Big buffalo in the trees

Moon rising behind the baobab

Blurry shot of a sable and babies

Wrestle time in the river grass

Their favorite pastime: wresting in the long grass

2 thoughts on “Between the Lines”